*disclaimer: screenshots were actually videos – not images. But you get the idea 🙂

Sign in by connecting to your Google account. This allows YT to store personalized history, playlists, and “channel” (profile).

This typically consists of the search bar or a hamburger menu, where the user has a specific end goal or destination. 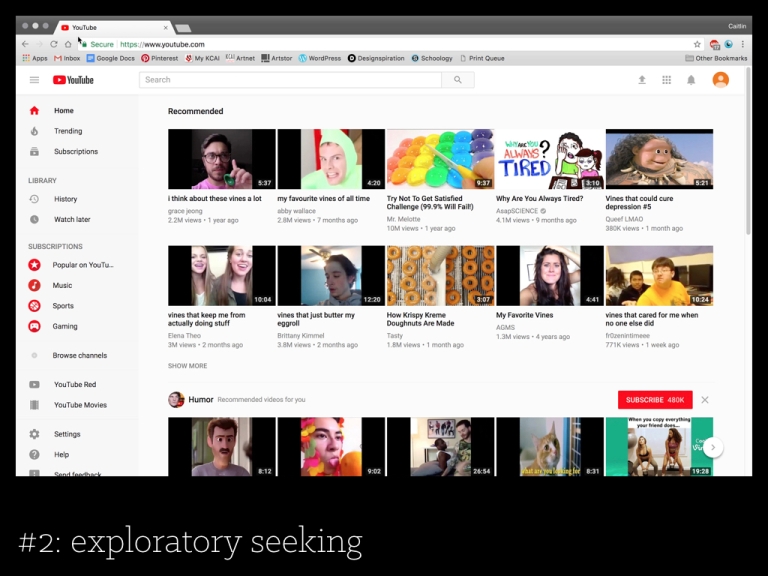 Uses features such as autocomplete search or filters to help guide the user to an end result. Ex: knowing I want to watch a video about donuts, but I don’t know what the video will be titled. 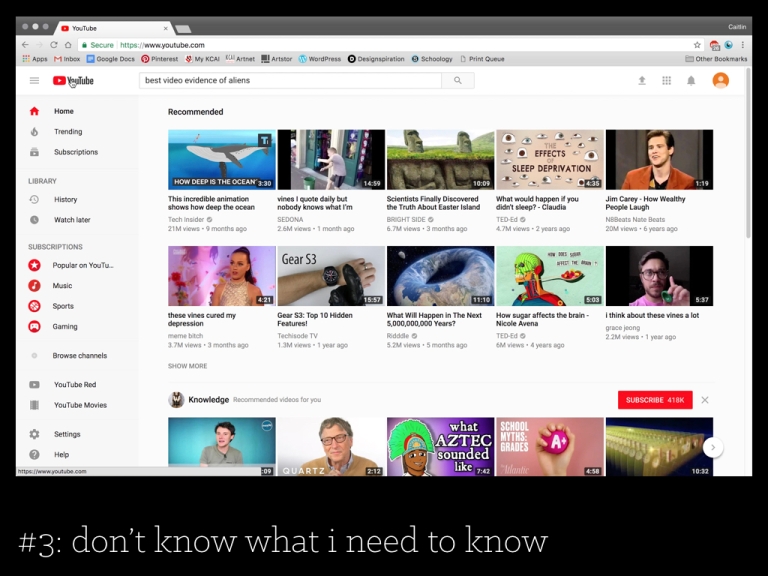 Allows users to revisit a previous discovery. YT allows users to save videos in groups, or playlists, to return to later. For example, I could make separate playlists of recipes and music videos so they would be easier to find later.

I think the only way for YT to be successful and functional is by having the search features. When you take those aspects away, it becomes an endless pit of videos that would be impossible to sort through and use as it was intended. At the most basic level it needs the keyboard search bar. 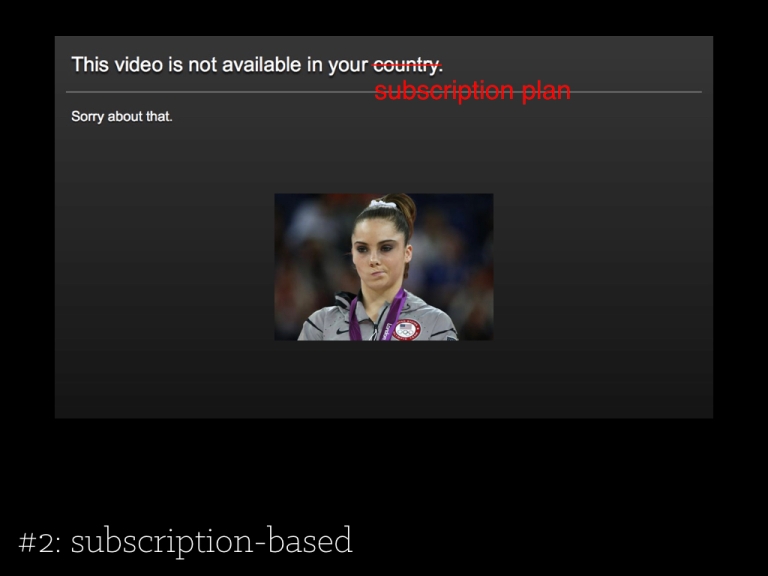 Within the last few years, youtube has released their first subscription-based account system called Youtube Red. With a YouTube Red membership, users can watch YouTube ad-free, save videos offline, and play videos in the background. I think if YouTube eventually went completely subscription based and didn’t have any free account options, their audience would begin to disappear and maybe even relocate to a different site for video hosting.

YT has an option for users to “Restore old YouTube” and revert to an older version of the website. The change requires users to give a reason why they are switching, “something is missing, broken, harder to use, or they just don’t like it”. As a user I didn’t know this option existed, but it is a very effective way for YT to get direct feedback from users having a negative experience.